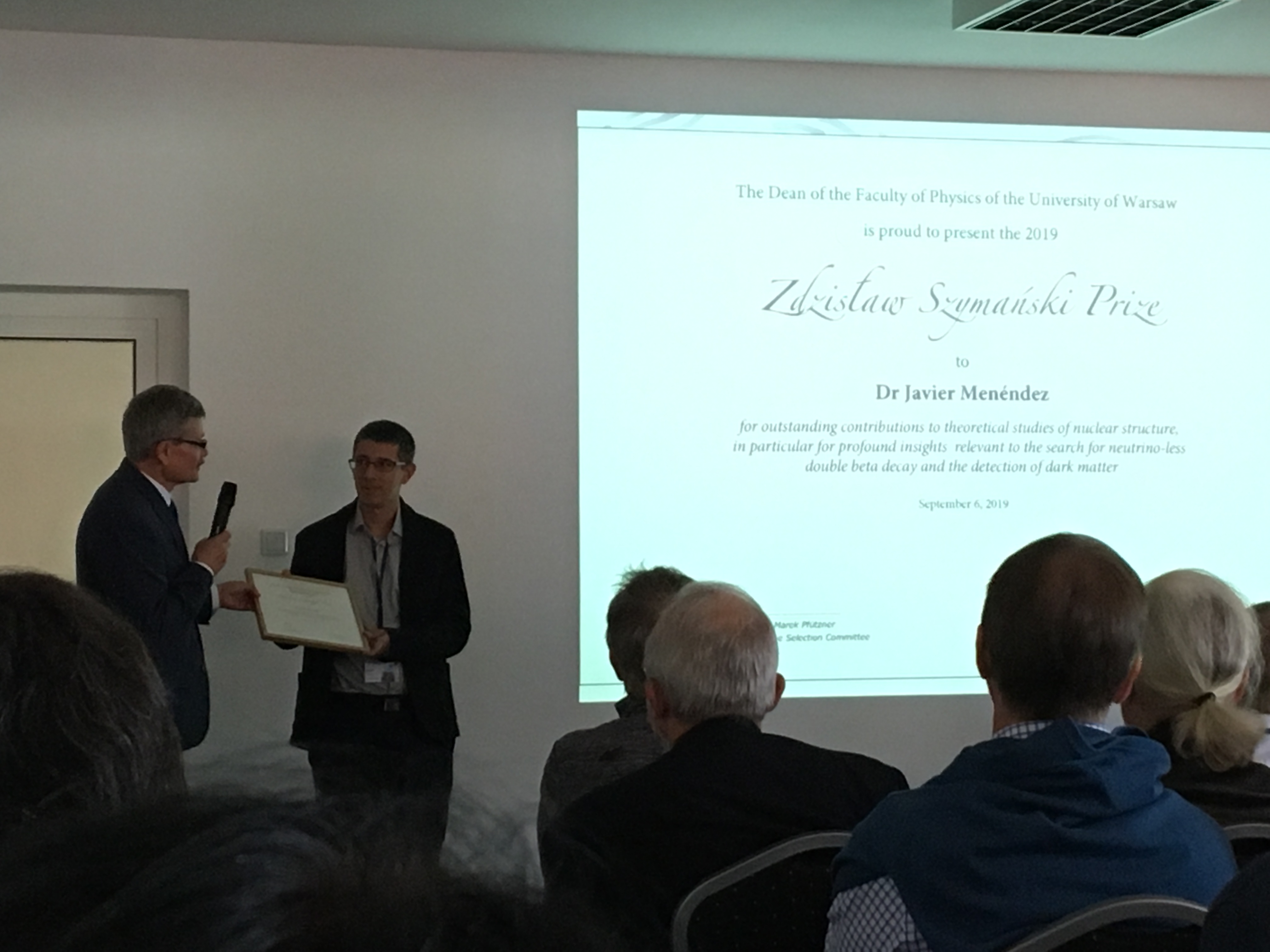 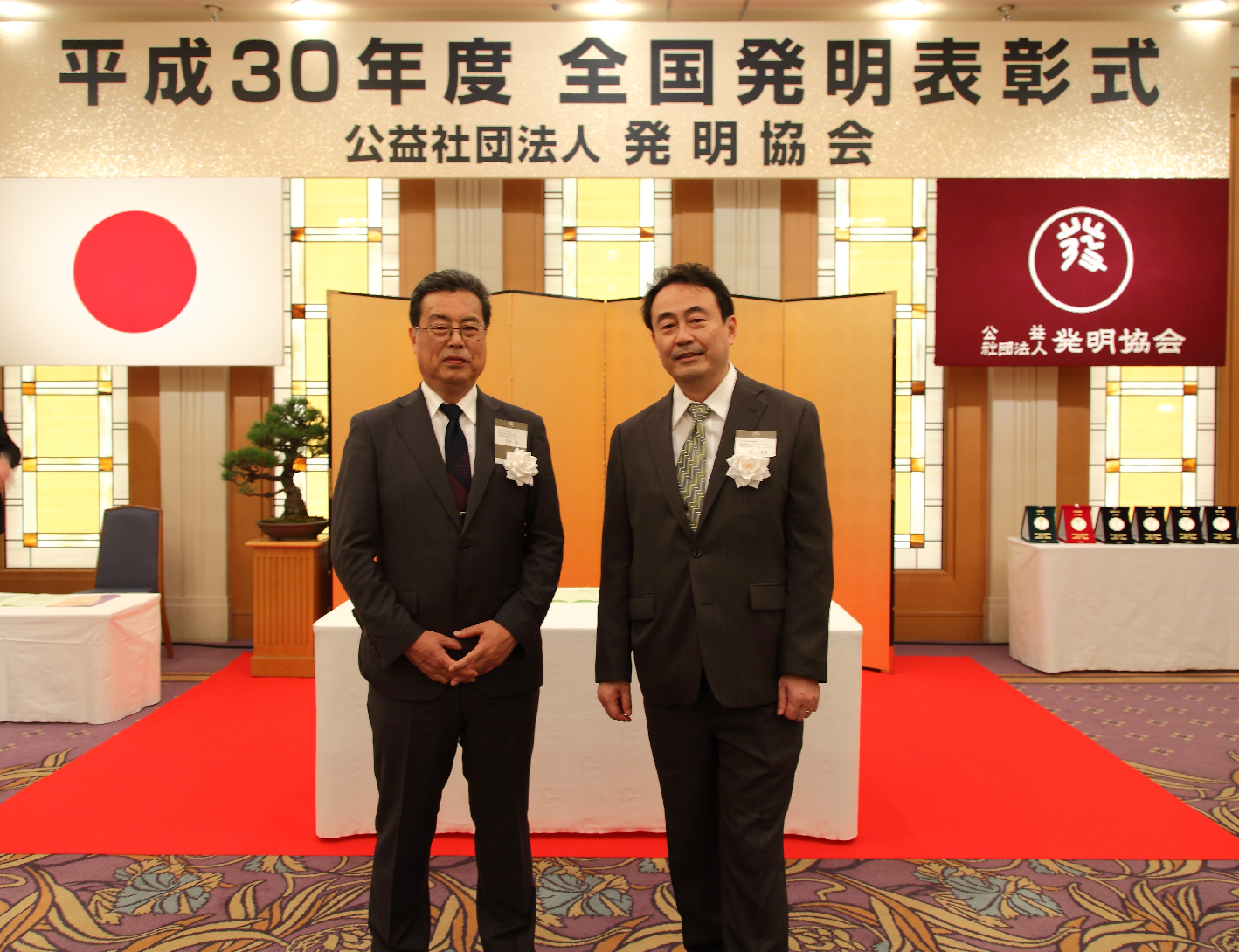 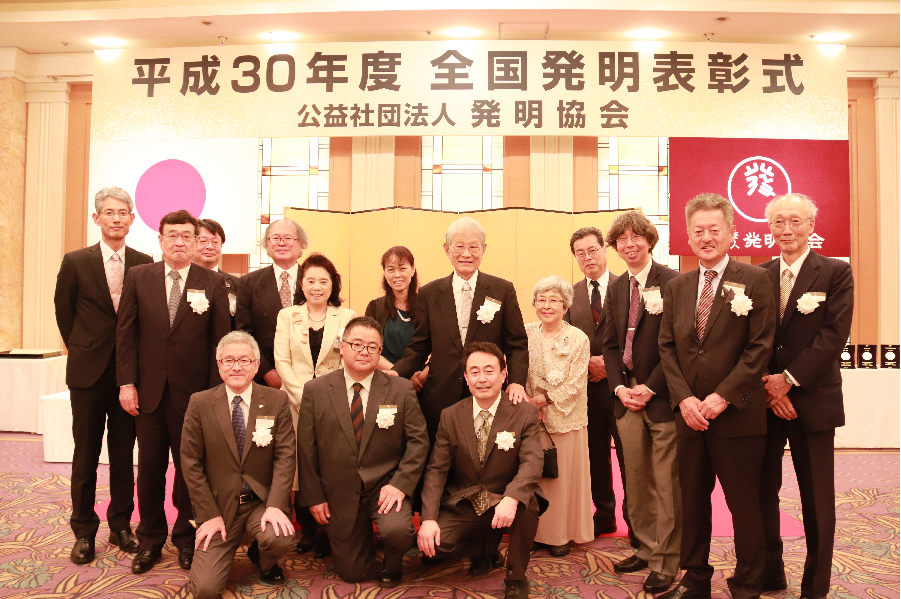 Dr. Yusuke Tsunoda from the Center for Nuclear Study received FAIR GENCO Award 2018 for young scientists. Dr. Tsunoda had received the 11th Young Scientist Award of The Physical Society of Japan in 2017.

(Excerpt from GSI web page)
This year, Dr. Yusuke Tsunoda from the Center for Nuclear Study at the University of Tokyo received the FAIR GENCO Award for young scientists. The award is sponsored by the FAIR-GSI Exotic Nuclei Community (GENCO) and endowed with 1,000 Euro. The bestowal by GENCO president Professor Dr. Christoph Scheidenberger and vice-president Professor Dr. Nasser Kalantar-Nayestanaki took place on Thursday, March 1, 2018 in a special colloquium in the framework of the yearly GENCO meeting at FAIR and GSI. Every year, the FAIR-GSI Exotic Nuclei Community (GENCO) presents its Young Scientist Award to a young researcher at the beginning of their scientific career. The international GENCO jury, composed of seven renowned nuclear scientists, elects the winner in a competitive procedure, where several candidates, working in theory or experiment, are evaluated.

Dr. Yusuke Tsunoda receives the Young Scientist Award for the invention of the so-called T-Plot method. This visualization method is the key for understanding and grasping the essence of complex many-body quantum systems like atomic nuclei. He developed this method to display mathematical solutions that can be assigned to different states and shapes of atomic nuclei. It helps to interpret and understand experimental results and is becoming a standard method in the study of the structure of exotic nuclei. The T-Plot method attracts great attention in the scientific community worldwide.

The T-plot method is a powerful method for grasping the essence of complex multi-body quantum systems like atomic nuclei. When Dr. Tsunoda was a graduate student at the University of Tokyo’s Graduate School of Science, he proposed the T-plot method and succeeded in assigning the results of nuclear structure calculation by Monte Carlo shell model to different states and shapes of atomic nuclei.
Examples of T-plots and Monte Carlo Shell model can be found in the following links (Japanese).